Both of my cats are rescues. It's really hard for me to understand how anyone could dump a kitten, but that's how I've gotten two wonderful pets.

Cato, my ginger kitty, came to us about six years ago. It was an autumn evening and we were watching the Cleveland Indians. We heard an awful sound outside the screen door to the deck. Guess who showed up? He was hungry and thirsty and not at all shy about expressing his displeasure! 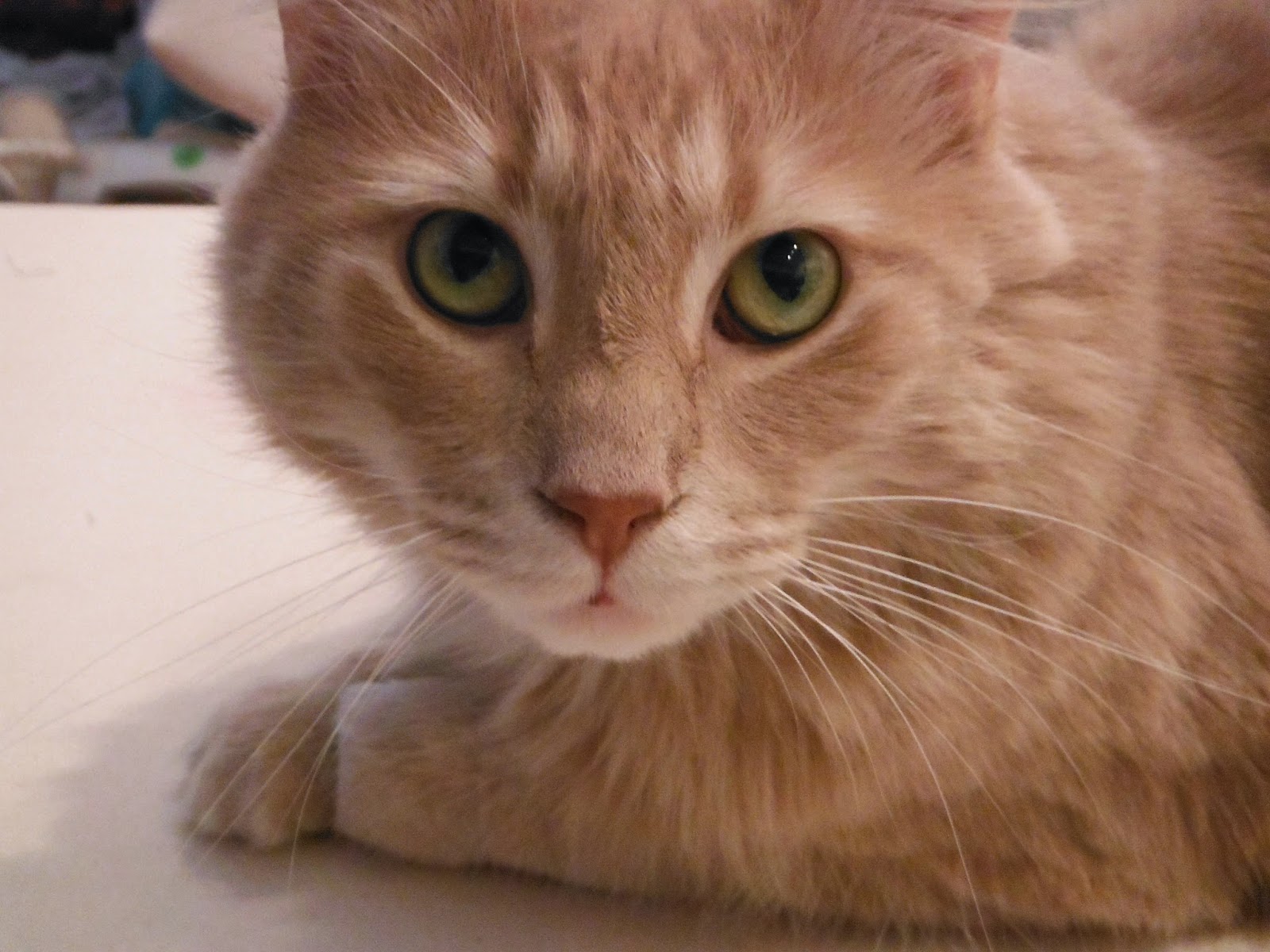 We were going to call him Ginger because we thought he was female (what did I know?). He became Cato because he's an attack cat at times. Now, he's my lap kitty and he was an only fur-child until last summer, when another person decided to dump another kitten. That's when Frankie joined our household. She showed up on the porch at my husband's office.

They're all animal lovers there, so it was a toss-up as to who would keep her, but DH really wanted her. He thought she'd be a good companion for Cato. That has certainly proven to be true! Frankie is at least part Siamese and she has the bluest eyes! She's an active, goofy teen-ager and has really enlivened Cato's middle aged days. They chase and play several times a day and then sleep the rest. 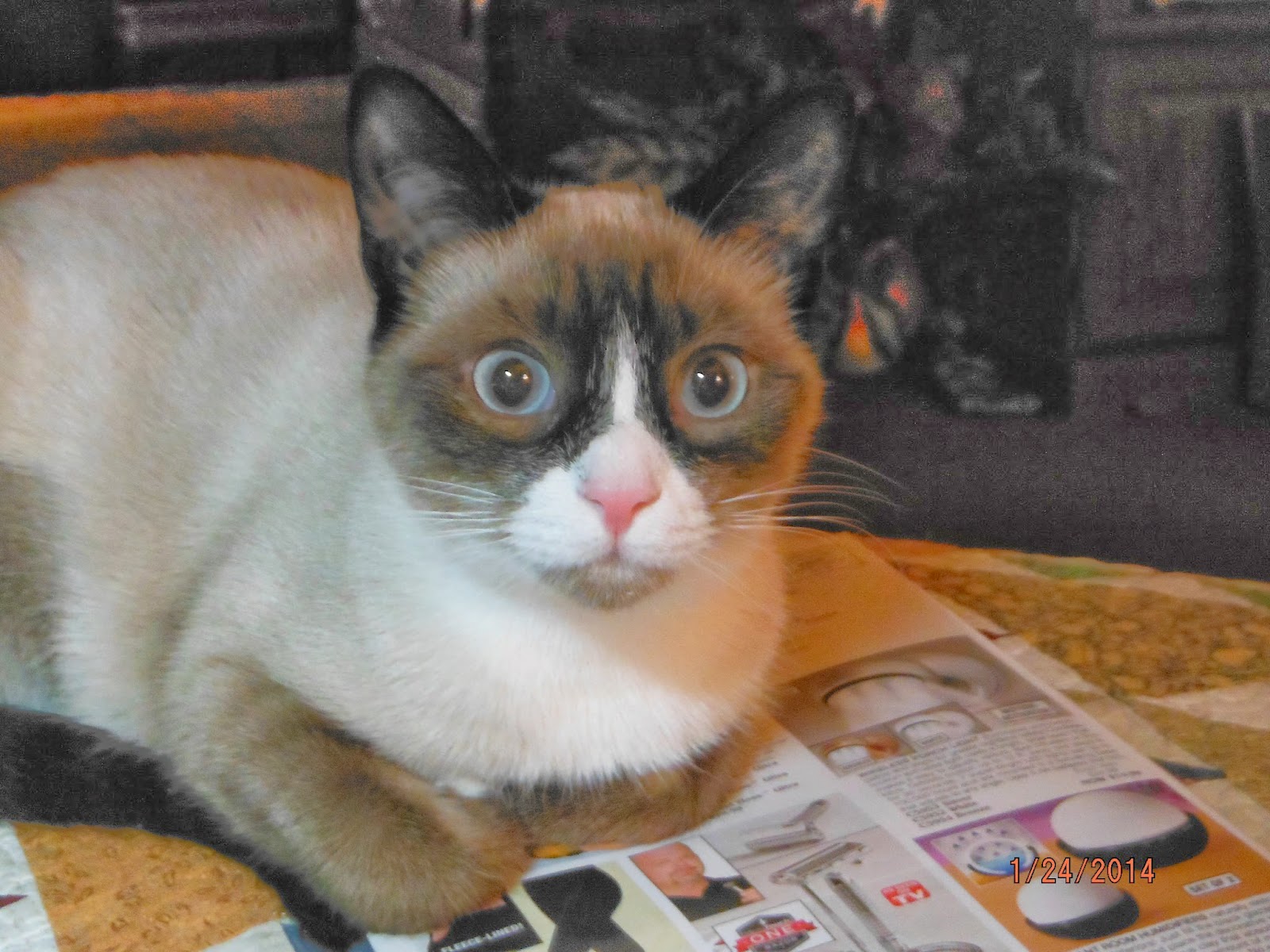 Cato loves to sleep in my sewing room while I'm working. Frankie tends to sleep on her favorite chair in the dining room.

I cannot imagine life without them.

I saw this Linky on Colorpoint Quilter and wanted to join in. Click here to see more stories!
Posted by Jeanne in Ohio at 8:57 PM